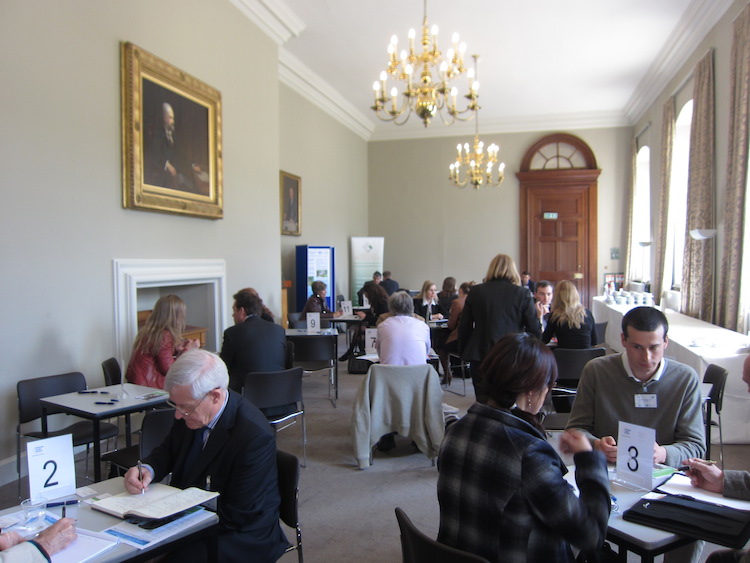 By popular request from participants at the 2013 Biopesticides Event, a similar meeting was held on 10 April at Queen Anne Court at the University of Greenwich's main campus. Once again the event was sponsored by the Enterprise Europe Network (EEN), supported by the Society of Chemical Industries and co-organised by EEN and the European Centre for Integrated Pest Management (EUCIPM) at NRI.

The theme this year was 'making IPM work for farmers' and the keynote speakers delivered fascinating perspectives on the practicalities of implementing IPM systems on-farm. Ian Dillon, as Farm Manager of the RSPB's Hope Farm described the challenges of maintaining a commercial farm, while also farming sustainably for the conservation of biodiversity, particularly birds. Bill Clark from the National Institute for Agricultural Botany highlighted the economic risks involved in changing crop protection tactics on large arable farming enterprises and suggested that the way to decrease dependence of conventional pesticides was to design systems where biopesticides are integrated into the conventional spray regime.

The morning session ended with twelve 'commercial briefs' where organisations and companies describe their services and products. After lunch the 'one to one' brokerage session brought together companies with a common interest and the potential to develop this first contact into a partnership and new business opportunity.

The event was attended by 71 representatives from biopesticide companies and crop protection research organizations, including companies from outside the UK.

Rory Hillocks said; "a number of companies that participated last year, sent delegates again this year, indicating the demand for and popularity of our event at a time when EU legislation is restricting access to conventional pesticides and more alternative products need to reach the market".