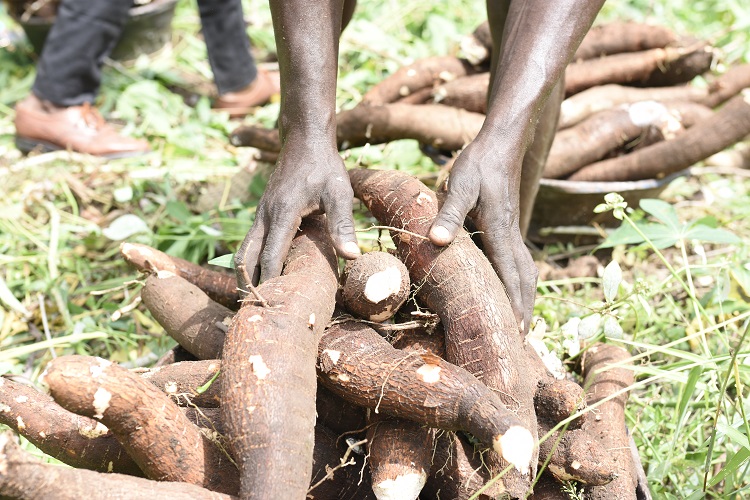 The tropical root crop, cassava, is a staple food that is critical to the lives and livelihoods of an estimated 450 million poor people in Africa. The crop is limited by many factors including perishability (typically 48hrs), toxicity associated with its cyanogen context, inadequate processing and lack of market opportunities.

Farmers have low yields, which could be improved by adoption of higher yielding varieties and improved agronomic practices. There is a lack of knowledge regarding best practice in scaling value chain development for the cassava sector. A value chain in this context identifies the set of factors and activities that bring a basic agricultural product in the field to final consumption – from field to fork – where at each stage value is added.

NRI’s Professor Andrew Westby and colleagues have developed a world-leading portfolio of strategic and adaptative interdisciplinary research to support cassava value chain development in Africa. Prior to 2000, research focused on understanding mechanisms of cyanogen reduction during cassava processing. Subsequently, research focused on the efficient and safe transformation of perishable roots into shelf-stable products, such as high-quality cassava flour (HQCF) and improved forms of traditional processed products. This included improved sun or artificial drying that is fuel efficient to overcome problems associated with mould growth and contamination of traditional products by mycotoxins (produced by fungi and can negatively affect human health). The team has produced over 50 scientific publications investigating cassava value chain development. 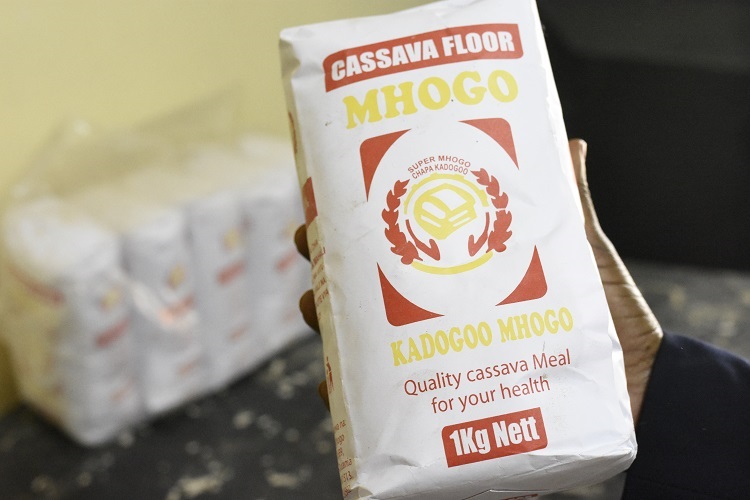 The team developed appropriate quality management protocols to support the production of high-quality and food-safe products to meet market demands, with complementary work on understanding desirable consumer attributes through sensory evaluation studies. The UK’s Department for International Development and the European Commission funded further projects on value chain development. The first phase of the Cassava Adding Value for Africa (CAVA) project (2008–2013), supported by the Bill & Melinda Gates Foundation (BMGF), focused on understanding the processes of scaling up and scaling out smallholder-inclusive and sustainable cassava value chains. The team established smallholder-inclusive value chains for HQCF; by 2014, the initiative had worked with an estimated 90,000 farmers, mobilising 170,000 tonnes of cassava roots, with a gross value added to rural communities of an estimated USD33 million. This facilitated the impact of the second phase of the project (CAVA2, 2014–2019), where the project team, led by Prof Westby, and Professor Adebayo of the Federal University of Agriculture, Abeokuta (FUNAAB), Nigeria, worked with partners in Nigeria, Ghana, Uganda, Tanzania and Malawi to scale up and scale out value chain development with additional BMGF funding (USD18,816,547). CAVA2 focused on value chains for HQCF, chips, starch, ethanol, improved traditional products and animal feed.

In 2012, with over GBP4 million in funding from the European Union, NRI developed technologies and systems to support cassava value chain development including new market opportunities to drive processed product adoption, e.g. using spent cassava flour from brewing beer for snack foods and utilisation of wastes from cassava processing. 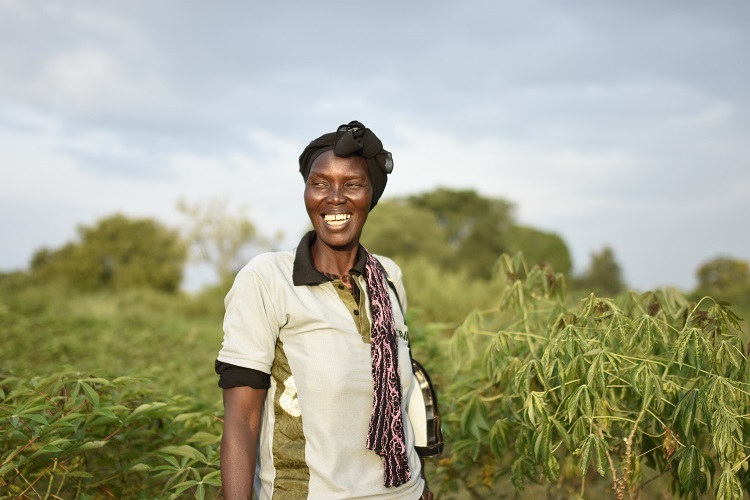 NRI’s research on value chain development describes the impact pathway and scale up from strategic research on cassava fresh root transformation to make safe, cheap and valued products for food and industrial use. Adaptive interdisciplinary research on value chain scaling led to market-based solutions for cassava to be used as a diverse commercial/industrial commodity. The amount of cassava roots mobilised and the gross income from its sale and processing was over tenfold that of 2014. In total, 2,371,865 tonnes of roots were purchased between 2014–2019 from farmers across all five countries, over 70% of which went to new value chains; smallholder gross income from the sale of cassava roots was USD134,600,000 and processor gross income was USD234,500,000, giving a combined total of USD369,100,000.

For its contributions to the CAVA project, NRI was awarded the Times Higher Education Award for International Collaboration of the Year (2014), the Guardian University Award for Research Impact (2015), and the Queen’s Anniversary Prize for Further and Higher Education (2015) – awarded every two years by Her Majesty the Queen to recognise and encourage outstanding work carried out by UK colleges and universities, the Queen’s Anniversary Prize is the highest national Honour awarded in UK further and higher education.