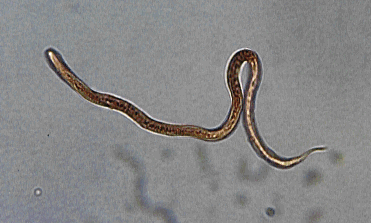 ‘River blindness’ or onchocerciasis is a devastating disease affecting 37 million people globally, with rural communities the most at risk. The disease is transmitted by blackflies (Simulium spp.) that breed in fast-flowing rivers.

When an infective blackfly bites a person, a nematode worm (Onchocerca volvulus) enters the person’s body, and nine months later may become an adult worm. Mated adult female worms release offspring known as microfilariae at a rate of 1,600 per day. These microscopic worms invade the person’s skin, eyes and other organs, causing intense irritation, impairment of sight and even blindness. The existence of onchocerciasis on the island of Bioko in Equatorial Guinea and its detrimental effects on the health, wellbeing and socio-economic development of the island’s population required interventions. Despite a mass drug administration (MDA) programme on the island using ivermectin, which kills O. volvulus worms, there was no registered macrofilaricide that could kill the adult worms. As this MDA was not succeeding, research was conducted by NRI’s Professor R.A. Cheke in collaboration with WHO and other international colleagues aimed at achieving control by elimination of the disease’s insect vector. 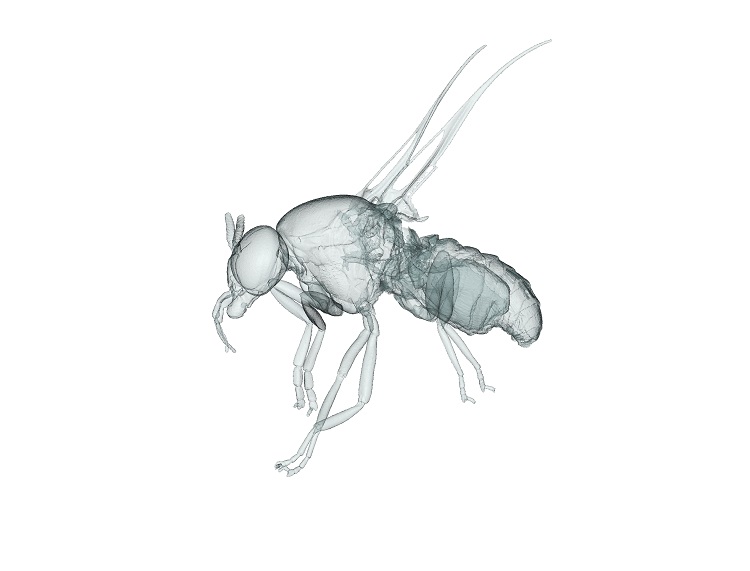 Since 1979, Professor Cheke has conducted research on the taxonomy, behaviour, ecology, vector status and control of blackflies in West Africa and elsewhere. Initially, he researched entomological problems encountered by the WHO Onchocerciasis Control Programme in West Africa (OCP), involving studies on different members of the Simulium damnosum complex (the vectors in most of sub-Saharan Africa). Prof Cheke was part of an international team coordinated by the WHO African Programme for Onchocerciasis Control (APOC – an organisation formed to deal with onchocerciasis in countries that were not participants in OCP). Together with partners, Prof Cheke undertook several visits to Bioko Island, and was responsible for vector surveys and onchocerciasis transmission estimates. With R. Meyer of OCP, Prof Cheke designed the control scheme by mapping and marking field sites targeted for control. They conducted insecticide trials, following susceptibility tests by B. Tele of OCP, using only ground-based applications. Concurrently, they devised a programme for monitoring fly numbers and infection rates that was fully operational in 2001. After the success of the ground-based control trials, the results were reported to APOC who recommended a vector control programme and subsequently instigated helicopter-based control combined with ground treatments in 2003. This attempt was unsuccessful because some vector breeding sites in irrigation channels were not treated, despite their locations having been reported by Prof Cheke in 2001. A second control programme in 2005 succeeded in eliminating the vectors. Examples of Prof Cheke’s research that contributed directly to this success were: (i) confirmation that only one type of vector was present, (ii) description of this vector as a new form, (iii) estimates of its vectorial efficiency, (iv) delimitation of its geographic distribution for selection of insecticide treatment sites, in a vector elimination plan targeting the vector’s more restricted range during dry seasons, after (v) trials of insecticides, testing the feasibility of controls with ground-based trials, and ascertaining that elimination would be impossible without aerial control support due to areas of rugged terrain.

Elimination of onchocerciasis transmission on the island of Bioko, Equatorial Guinea, in 2005 has now protected more than 350,000 people, especially since 2017 when the last adult worms within patients died. The adult worms responsible for the disease can live for up to 12 years, so those infected before the control campaign would retain morbidity until either they or the worms died. Therefore, the success of the vector elimination programme in 2005 could only be demonstrated unequivocally a minimum of 12 years after the intervention, i.e. by 2017. Evidence from studies in 2014–2015 showed that the vector control of 2005 had led to a permanent cessation of transmission. This conclusion was reinforced by a study in 2016–2017 that found no evidence of current infection or recent transmission and no evidence of onchocerciasis vectors, concluding that WHO serologic criteria (levels of antibodies or antigens) for the cessation of MDA had been met. 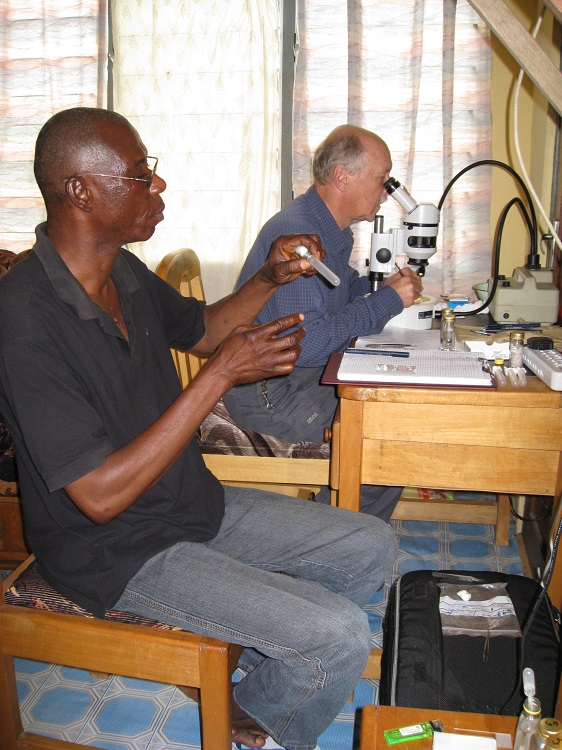 Freedom from onchocerciasis allowed communities to increase agricultural production to improve their livelihoods, with consequent benefits to health, agricultural productivity and the country’s economy. The gross value added to the economy by agriculture increased from 1.1% in 2010, to 1.9% in 2015 and to 2.3% in 2020. Given that apart from detriments to life quality, onchocerciasis-infected farmers weed 34% less of fields than healthy farmers, the elimination of the vector in Bioko will have had similar economic and health impacts to those in the OCP area but on a proportionally smaller scale. In OCP’s 11 West African countries, economic benefits accruing from onchocerciasis control exceeded US$500 million saving 640,000 disability adjusted life years (DALYs) per annum and adding 15 million hectares of new land available for agriculture, benefits that were reviewed in 2019.

The demonstration that successful onchocerciasis control can be achieved by vector control in a delimited area such as Bioko has influenced strategies to control the disease elsewhere, e.g. an insecticidal campaign along the Sanaga River in the Littoral Province and elsewhere in Cameroon. It was used to underpin a 2019 plan for a DFID-sponsored programme combining MDA using a novel macrofilarial drug (doxycycline) with vector control, also in Cameroon.