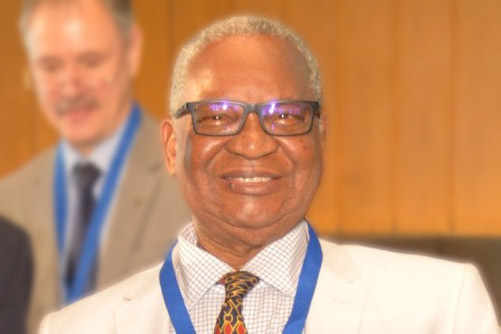 Visiting Professor of Capacity Strengthening in Agricultural Research for Development

In 1990, Anthony joined the West Africa Rice Development Association (WARDA, now AfricaRice) in Bouake Cote d’Ivoire as Director of Training and Communications.  From October 1997 to July 2015, he was at the Africa Regional Office of the Food and Agriculture Organization of the United Nations (FAO) in Accra Ghana.  During this time he acted as Consultant Senior Integrated Pest Management Specialist, pursuing his interests in integrated production and pest management and Farmer Field Schools.

Anthony has regularly advised African Governments, the Food and Agriculture Organization of the United Nations, FAO, the World Bank Africa Region, GTZ , USAID and other development agencies in integrated production and pest management policies, planning and field implementation of IPPM field training programmes. He has been consultant to the Technical Centre for Agricultural and Rural Co-operation (CTA) in The Netherlands in training, development and production of training and agricultural extension materials as well as agricultural communication including the management of agricultural journals. He was the Communication Consultant to the Convergence of Sciences Project of the Wageningen University which was implemented from 2008-2013 in Benin, Ghana and Mali.  He has also served as the Communications Consultant to the African Cashew Initiative project funded by GiZ.

In 2010 Anthony Youdeowei was appointed a member of the Governing Council of ICIPE, the International Centre of Insect Physiology and Ecology Nairobi, Kenya and he is also a Trustee and Director of PAN-UK (Pesticides Action Network).  He is currently a Director of West African Book Publishers Limited Nigeria – one of the foremost educational publishers in West Africa.  He is the author of several books on agricultural education, integrated pest management and plant protection extension and training. His favourite pastime is writing text books in science and agriculture for children.