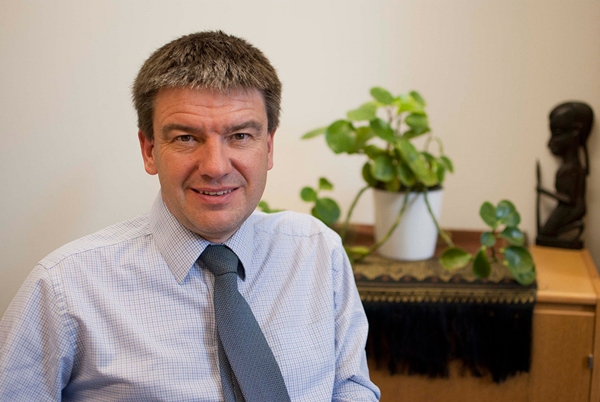 Director of the Natural Resources Institute, Faculty Director of Research and Enterprise, Professor of Food Technology

When he joined NRI in 1987, Andrew worked as a research scientist in food safety and quality management. His interest in tropical root and tuber crops starting in 1989 with his contributions to the Collaborative Study of Cassava in Africa. Since that time, he has focussed his research efforts on developing post-harvest and marketing systems for tropical root and tuber crops, including cassava, sweet potato and yam. This included development of the Global Cassava Development Strategy in the late 1990s. Andrew managed DFID’s post-harvest portfolio on tropical root crops in the 1990s. He has promoted to Professor in 1998.

Andrew led the post-harvest and marketing component of the HarvestPlus led initiative between 2006 and 2010 on reaching end-users with orange-fleshed sweet potato as a source of provitamin A. Between 2008 and 2019 Andrew has led the Cassava Adding Value for Africa project in collaboration with partners in Nigeria, Ghana, Uganda, Tanzania and Malawi which has mobilised cassava roots from small-holder farmers into new market opportunities.

Andrew has been the Director of NRI since May 2010, prior to this he was Director of Research and Enterprise from 2001 to 2010. He led NRI’s Agriculture, Food and Veterinary Science submission to the Research Assessment Exercise in 2008.