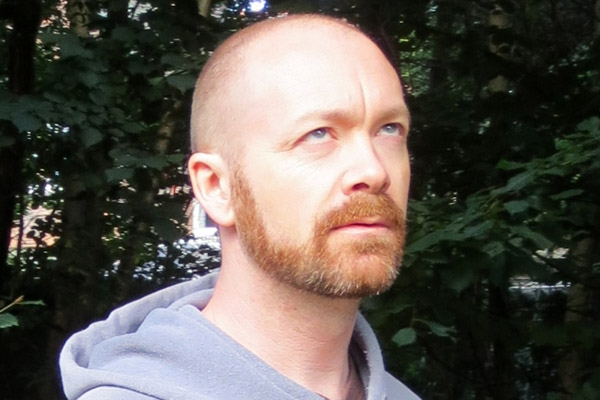 Simon Springate joined the University of Greenwich in 2008 as a part-time PhD student and research technician, subsequently becoming a Research Fellow in NRI's Agriculture, Health and Environment Department. He now manages the research facilities at NRI connected with that Department. This includes greenhouse and controlled environment space, as well as laboratories for research and teaching. In this role, he is also able to provide training and advice to students and staff and to contribute to the planning and implementation of research projects at all levels.

After being awarded a BSc Hons in Zoology from the University of Reading, Simon worked in the biological control industry for several years, before completing an MSc in Biodiversity Conservation and Management at Imperial College London. Before coming to NRI, he worked as a Research Assistant on various projects at the Centre for Agri-Environmental Research at the University of Reading, the NERC Centre for Ecology and Hydrology and the Dept. of Agricultural Sciences, Imperial College and as a volunteer field assistant at the Wildlife Conservation Research Unit, University of Oxford. This included work on both microbial and arthropod natural enemies of medical and agricultural pests in laboratory, greenhouse and the field. He also gained experience in the monitoring of biodiversity and ecosystem services within agricultural landscapes. Previous research at NRI on the cabbage whitefly showed that insecticide resistance played a role in outbreaks in UK horticulture.

My scientific interests can broadly be described as applied insect ecology. In my research career this has primarily been directed towards crop pest and disease vector control; within an IPM framework, understanding the basic biology and ecology of a pest can enable innovative and efficient approaches to their management. My interests in biological control, invasive species and the factors determining species phenology and distributions often go hand in hand, both for pest management and conservation. In addition to my studies of arthropods, I have also worked on vertebrate conservation and control.

I have developed an interest in outreach activities, communicating information about insects and ecology to the wider community, and also in cultural entomology – how humans relate to arthropods through time, outside of practical and scientific considerations. I am also able to apply my experience to practical conservation efforts, particularly for insects, in association with various regional and national bodies.

Functional Biodiversity of Sustainable Agriculture.
2012-2014. Funded by the University of Greenwich.

Achieving sustainable agricultural intensification requires the development of agricultural systems that enhance and utilize ecosystem services to support their productivity. Arthropod ground predators provide potential control of a range of crop pests and their diversity and abundance may be influenced by the plant communities in the crop and in field margins and by the wider landscape context. This project aimed to explore this interaction and the effects of management in a particular landscape in southern Britain. In 2012-13, plant and terrestrial insect diversity was surveyed in fields and margins in three contrasting but adjacent farms in the West Kent North Downs; an organic farm, a conventional farm and a farm managed for the conservation of rare arable weed species within a commercial cropping system. While carabid beetle abundance was much higher on the conservation farm, the community was dominated by a few species, leading to lower richness and diversity than on the other farms.

Previous work by Simon Springate at NRI had identified pyrethroid insecticide resistance as a contributing factor in the UK and identified native natural enemies of the cabbage whitefly. This project consisted of a field trial to explore the potential of well-timed applications of parasitoid wasps, novel and approved insecticides and combinations of these in providing efficient control in field crops of kale. Early insecticide applications based on monitoring provided significant long-term reductions in infestation levels comparable to those produced by a set programme of monthly applications. Parasitoid releases were limited but showed encouraging impacts on whiteflies close to the point of release. Results from this project have been communicated to growers and IPM practitioners through articles and presentations. Further trials informed by the results of this project are planned.

Management, Monitoring and Biology of Chard and Spinach Leaf-Miners (FV 397)
2011. Funded by the Horticultural Development Company.

Leaf-miners cause damage to chard and spinach crops in the UK by creating unsightly mines that reduce crop quality and value. A much worse scenario occurs, however, when the leaf or stem mines go unnoticed and the larvae are able to feed for about two weeks. Prior to pupation, they become 6 mm long white maggots whose presence in speciality salad crops is completely unacceptable to growers, retailers and consumers. This project's aims were to (i) to develop improved insecticide-based management method(s) for this serious problem, (ii) generate new information on the biology of the key pest species and (iii) develop ways of monitoring their populations to improve the timing of insecticide applications. The project results and recommendations were disseminated through a grower magazine article and conference presentation.

The Cabbage Whitefly, Aleyrodes proletella: Causes of Outbreaks and Potential Solutions
2008-2016. PhD, funded by the University of Greenwich.

The cabbage whitefly has become a pest of increasing importance in European brassica horticulture in the last two decades, damaging produce by contamination of produce with insect bodies, wax secretions and sugary honeydew excretion which encourage the growth of sooty moulds. This research project has investigated insecticide resistance as a contributing factor in the U.K. and identified resistance to pyrethroids in two major growing regions. Field surveys were carried out in natural and horticultural environments to identify natural enemies of the whitefly occurring in the U.K. A parasitoid wasp (Encarsia tricolor) and a ladybird (Clitostethus arcuatus) identified in these surveys were successfully cultured at NRI and tested on whitefly-infested plants in outdoor cages for their biological control potential. Introduction of the parasitoid early in whitefly population development proved highly effective in reducing whitefly numbers and contamination. Various aspects of this research have been communicated through oral and poster presentations and one paper published in a peer-reviewed journal.