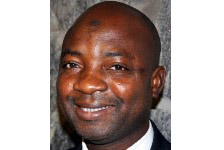 Lateef Oladimeji SANNI graduated from the Federal University of Agriculture, Abeokuta (FUNAAB), Nigeria with Second Class Upper Division in the Department of Food Science and Technology in 1990. He obtained Master and PhD Degrees in the Department of Food Technology, University of Ibadan in 1993 and 1999. He joined FUNAAB in 1993 as Assistant Lecturer, became Professor of Food Science and Technology in 2008, presented his inaugural lecture in 2015 and became Deputy Vice-Chancellor (Development) in 2017. He won the 2008 Consultative Group of International Agricultural Research (CGIAR) Award Regional Technology Development in Sub Saharan Africa (http://www.cgiar.org/newsroom/scientific.html). He has over 27 years' experience in research, consultancy and collaborations as a postharvest expert on tropical root crops mostly implemented by the International Institute of Tropical Root Crop and Natural Resources Institute, UK. He is a project leader to multi-million dollar EU/Gates Foundation sponsored projects since 2008 till date. He served as resource person for World Bank upscaling of flash drying experience in West Africa. He was the Principal Investigator, Food Developers Initiative and Food Science and Nutrition Network sponsored by Association of African Universities. He is the Vice Chair Steering Committee of the African Women in Agricultural Research and Development, and former National President, Nigerian Institute of Food Science and Technology. He has mentored over 20 junior academics across three continents. He has trained well over 100 BSc, 30 MSc and 18 PhD graduates with well over 100 scientific publications in National and International Journals, Proceedings, reports, reviews, and books. He was a former Editorial Member, International Journal of Food Science and Technology and reviewer to many journals at National and international levels. He is the Chairman, Governing Council of Oyo State College of Agriculture and Technology, Igboora, Oyo State, Nigeria, Immediate Past President, International Society for Tropical Root Crops (African Branch) and President, International Society for Tropical Root Crops.

The field of his research is Food Science and Technology with a focus on the development of appropriate processing (mostly fermentation, drying, extrusion etc), storage and quality regimes for the upgrading of traditional local foods. I also have interest in product development, rheological modeling, drying kinetics, quality assessment, optimization, packaging, and storage stability of RTB foods.