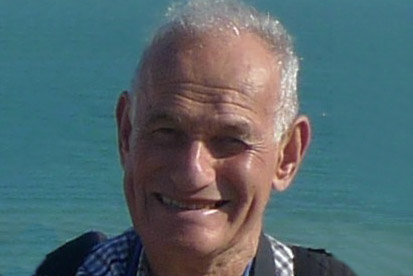 Professor George Rothschild is a dual British-Australian citizen with over 50 years of post-doctoral experience of research and development in low and middle income countryes with lengthy periods of residence in two South-East Asia countries, and shorter-term assignments elsewhere in 40 developing nations in Asia, Africa and Latin America. He obtained a BSc (Hons) at the University of Nottingham - UK in 1959, and a PhD and DIC from the Imperial College of Science & Technology - UK in 1962. His ‘hands-on’ research spanned the first 30 years of his career (up to 1987), mostly in insect pest behaviour and ecology, and their application in integrated pest management; this included 17 years as Chief Research Scientist and Deputy Divisional Chief at the Commonwealth Scientific &Industrial Organisation (CSIRO) in Australia, but also assignments in Asia during that time. From 1987 through 1998, Professor Rothschild held various positions including Foundation Director of the then Australian Bureau of Rural Science (BRS), CEO of the Australian Centre for International Agricultural Research (ACIAR), and Director-General of the CGIAR International Rice Research Institute (IRRI). He also served for some time as the lead technical adviser to several Australian Federal Government Ministers - including the Minister for Foreign Affairs & Trade, three successive Ministers for Overseas Development, and the Minister for Primary Industries & Energy. Professor Rothschild joined NRI in 1998 on a part-time basis, assisting the then Director with resource mobilisation and policy issues, and since retirement in 2001 has worked for NRI in various projects funded by the European Commission, International Fund for Agricultural Development (IFAD) and others. From 2005-2015, he was a part-time programme advisor for Department of Environment, Food and Rural Affairs (DEFRA) and the Chemical Regulatory Directorate (CRD), and is presently (2019) working in two projects in Africa and another in Myanmar. Throughout his career and up to the present he has served as Chair or Member of the governing Boards of a number of international organisations – see Awards and External Recognition section.

Professor Rothschild’s disciplinary research interests are insect ecology, especially population regulatory mechanisms, and insect behaviour, particularly the role of semiochemicals in mediating reproduction. The application of both these areas of research to practical insect pest management (IPM) in horticultural and agricultural crops in the developing world as well as in Australia, represented the main body of work during his “hands-on” post-doctoral research career of ca 30 years After this period, although retaining his more specific research interests, his main roles have been in directing international research for development institutions in Australia and other parts of the world, implementing and managing programmes on a broad range of agricultural and natural resource management issues, and conducting monitoring, evaluation and impact reviews for development partners/investors including ACIAR, FCDO, European Commission, FAO, IFAD and the World Bank, Professor Rothschild has also been actively engaged in advocacy for international agricultural research for development with standing and non-standing parliamentary committees in Australia and similar committees and all-party parliamentary groups in the UK.

***Note: Most research publications ceased in 1991; remaining publications up to the present, largely conference papers and consultant reports;