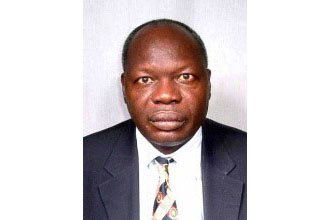 Prof. Otim-Nape graduated with a BSc (Hons) Agric and MSc Agric. from Makerere University, Kampala, Uganda and a PhD in plant virology from the University of Reading, UK in 1993.  He has undertaken post-doctoral training at Wye College, University of London, at the Scottish Crops Research Institute (SCRI), and the JF Kennedy School of Government, Harvard University, USA.

Professor Otim-Nape started his career as a scientific officer (Plant Pathologist) in 1976; became Senior Research Officer, Principal Research Officer, Deputy Director General, Director General NARO in 1983, 1993, 1999 and 2003 respectively, most of this period (1976-1999), spent on innovations development and management. He has published widely on agricultural development in international scientific journals, book chapters and monographs. Professor Otim-Nape has worked as a development planner (Country CAADP Processes Manager) for the Comprehensive Africa Agriculture Development Programme (CAADP), an AU/NEPAD Programme from 2006 to 2008. He is the Founder and Chairman of the Africa Innovations Institute, a Non-Governmental Centre of Excellence based in Kampala, Uganda. The Institute focuses on science, technology and innovations in Africa.

Dr. Otim-Nape was nominated in 1997 for the African Prize for Leadership for Sustainable End to Hunger, shortlisted and finally competed with seven other nominees four of whom were Presidents and Heads of State and Governments of African countries. The Prize was awarded to both President Chisano of Mozambique and Mrs Joyce Banda of Malawi. In 2006 he was nominated for the Yara Prize 2006.  Dr Otim-Nape was awarded Fellow of the Uganda National Academy of Sciences in 2003, the highest and most prestigious national scientific honour. He received the Lottery International Award “for his great intellect, diligence and energy he dedicated as head of the distinguished cassava research team, to the problem of cassava mosaic disease that nearly brought the crop to extinction with predictability dire consequences to the populations’ food security in the region”.  He also received a special recognition award from the Africa Crop Science Society and the Uganda National Farmers Federation for his exemplary leadership in fighting the cassava mosaic disease pandemic and contribution to food security in Uganda.  In 2008, he received the Presidential Award for Science Excellence from His Excellency The President of Uganda H.E. Yoweri Kaguta Museveni.