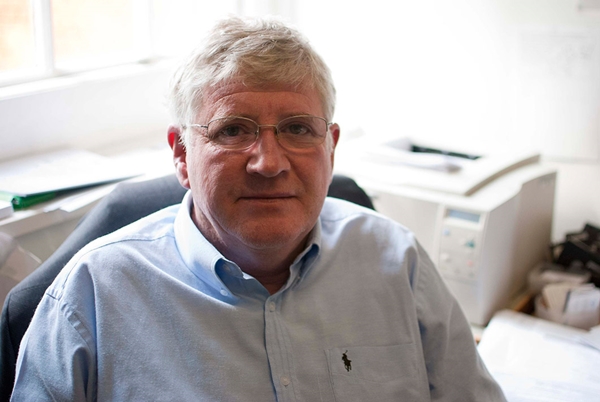 John Linton is a highly experienced manager and development consultant who has worked at a senior level in Africa, Asia and the UK.

John Linton joined NRI in December 2001 as Commercial Director. He was recruited to lead a restructuring process which would change NRI from being a Government research institute to becoming a more innovative, market-led organisation. Since that time NRI has evolved to become a global leader in agricultural research and innovation.

John started his career in Papua New Guinea working in Fisheries Extension. Building on his interest in private sector development, he established and ran commercial fishing and fish processing operations in two remote locations in PNG. He also established and ran a successful crocodile farm.

On leaving PNG, he worked for two years with the American management consulting firm, Alexander Proudfoot, where he worked in both operations and analysis. During his time with Proudfoot, he worked with blue chip clients in manufacturing, heavy industry, food and beverages, utilities and aerospace sectors.

He then joined the Overseas Development Administration (now DFID) of the FCO and served as Team Leader on the Red Sea Fisheries Development Programme in Sudan. On leaving Sudan he joined Landell Mills Limited, a leading British development consulting company. When he left to join NRI in 2001 he was responsible for the company's operations in Africa and the Pacific.

While John's technical background lies in fisheries and fish marketing, for the last 20 years he has been involved in strategic consultancy, assisting partners in the public and private sector to address operational challenges. During this time he has worked mainly in Africa and Asia and has worked with the fisheries, agriculture, horticulture and textiles sectors.

He also has worked closely with research organisations to assist them to streamline procedures and increase efficiency.

More recently John has been working with the British government to develop a tripartite research programme between Africa, China and the UK.

In addition to his role as Commercial Director at NRI, John Linton is also leading NRI's research in support of fisheries and aquaculture value chains. His particular focus is on private sector development. He is leading a multi-disciplinary working group on finance and investment in the fisheries and aquaculture sectors in Africa. Working under the auspices of the Comprehensive African Agricultural Development Plan (CAADP), this group involves individuals for the private sector, Universities and the financial sectors in Europe and Africa.

He has also been a senior member of a team who have developed a tripartite programme for agriculture and aquaculture development in Africa. This brings together research expertise from China, Africa and Britain with a view to exploring the potential for applying lessons learned in China to the African context.

Fisheries resources currently provide significant social and economic benefits to Africa, including livelihoods to about 10 million people (many of whom are small-scale operators supplying food to local and sub-regional markets), nutrition and food security for over 30% of the population (some 200 million people for whom fish is the main source of animal protein and micro-nutrition), and $4.3b per year of revenues from international trade. Fisheries represent the leading agriculture export commodity for Africa (and indeed to developing countries globally), forming a significant component of some national economies.

Small and medium enterprises in the fisheries sector make significant contributions to national economies in many developing countries. However, in most parts of the world, fishing communities are poor and have little access to resources most importantly financial services.

Finance and investment funds come mainly from savings within the fisheries and aqua-culture industry, and partly from informal sources of credit such as fish traders and processors. However these sources are not sufficient for SME fisheries and fish farmers. Reason being they meet short-term credit needs rather than long-term financial requirements. Secondly the terms of financing are often disadvantageous for the fisheries while formal financing is channeled towards the larger-scale fisheries.

Selected Publications
Recent publications by John Linton are available in the Greenwich Academic Literature Archive (GALA)
Responsibilities within the University
Responsible for advising the Director on commercial strategy for NRI and for providing the Director with regular information on NRI's performance.
Contact Form