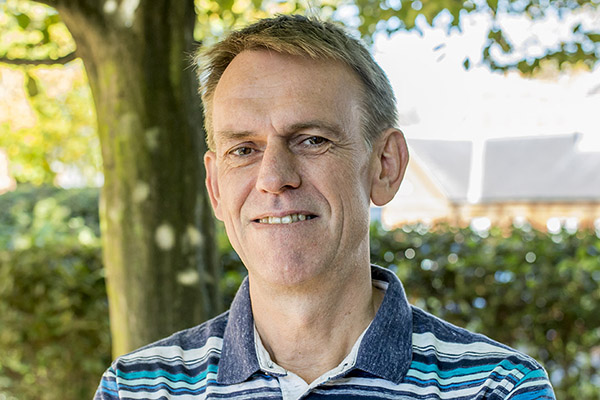 Professor of Development Economics, Head of Livelihoods and Institutions Department

Vegard joined NRI in September 2018 after 12 years living and working in India. After starting his development career at the Agricultural University of Norway in 1992, he was a Junior Programme Officer in UNDP’s Delhi office from 1993 to 1995. Having completed his PhD in 2000, he spent six years as tenured Faculty at the School of Development Studies (now International Development) at University of East Anglia.

He joined the International Food Policy Research Institute’s (IFPRI) New Delhi office as a Research Fellow in 2006, followed by four years as a visiting Faculty at Indian Statistical Institute (Delhi). He has been a Professor and Vice Dean at Jindal School of Government and Public Policy (2012-13), an Adjunct Professor at Sanford School of Public Policy’s Duke Semester in India programme (2015-17) and a Professor in the Economics Area, Indian Institute of Management Ahmedabad (IIMA). He was closely involved in the drafting of the programmes and the shaping of the identities of two of India’s first Public Policy Schools - at O. P. Jindal Global University and IIMA.

During his India years, he also took on a variety of assignments, including e.g. the India case study for the 2012 World Development Report, which had gender equality as its theme (the World Bank). He provided expert methodological feedback (through KPMG) on the Independent Commission for Aid Impact’s reviews of Dfid programmes across the developing world. He acted in a similar capacity for the Steering Committee overseeing the attempted retrospective evaluation of Dfid’s GBP 250 million investments in the rural livelihoods portfolio in India. He has also taken on evaluation, replication and quality assurance assignments for 3ie.

Vegard has extensive field and data collection experience. His applied research spans the use of modern impact evaluation techniques, mixed methods, behavioural experiments, archival work and the occasional sociological or anthropological detour. Current research covers a variety of themes, including landmark work on social mobility in developing countries (with scholars at Duke and UNU-WIDER) with an edited volume forthcoming with Oxford University Press; rigorous analysis of whether large dams reduce poverty and advance development (through the FutureDAMS consortium, University of Manchester); the use of unique and in-depth survey and behavioural experimental data to study politicians in low-income contexts, including who gets elected for office, whether time in office changes men and women politicians differently, and whether widely encountered stereotypes about politicians in these contexts hold water or not. One line of work is in collaboration with scholars at Auckland, Monash and Oslo, another with scholars at UNU-WIDER, Manchester, Padua and Indian Statistical Institute, Kolkata.