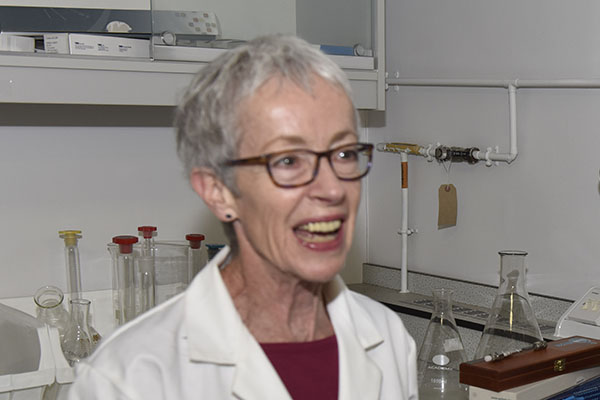 Professor of Biochemistry, Head of Aquatic Biotechnology and Biology, Director of Biomed Online

Professor Patricia Harvey is a biochemist and senior expert in bioenergy supply chains and the use of algal and plant systems for the capture of CO2 and production of green chemicals and biofuels. She is highly experienced in working effectively with European and international collaborators, and in managing large complex, multi-partner, commercially focused/donor-funded, R&D projects under the EC‘s Framework Programmes. She is also the Director of Biomed Online (www.biomedonline.co.uk), which she established in 2002 to deliver advanced-level professional courses for healthcare organizations.

Professor Harvey researched tuber protein structure-function relationships for her PhD degree, commenced post-doctoral research into a new range of microbial restriction endonucleases for Genzyme Biochemicals then moved into Business Development and Industrial Marketing but returned to pursue fundamental research at Imperial College for 10 years where she unravelled mechanisms of lignocellulose biodegradation with novel redox enzymes. Moving to the University of Greenwich in 1993 saw her extend her sphere of interest with a BBSRC-NERC-LINK project to treat petroleum hydrocarbon-contaminated soil with bio-phyto redox systems as well as management roles for 2 EU COST Actions: “Plant Biotechnology for the removal of organic pollutants and toxic metals from wastewaters and contaminated sites”, and “Phytotechnologies to promote sustainable land use management and improve food chain safety” where she was also Chair for “Improving nutritional quality & safety of food crops”.

With renewed demand for biofuels her research was redirected to support local communities: in 2007 she won a £1 million Kent-based project to develop a fully integrated approach for producing biofuel from oilseed rape with a low eco-footprint and with ReMade South East, a project “Zerowise Sustainable Food Waste Solutions” to reduce commercial food waste going to landfill. Ideas from these projects coalesced into winning an EU ACP project in 2009 with partners in South Africa, Namibia, Ghana and Italy to create sustainable, non-food supply chains for providing CHP electricity and chemical feedstocks to replace fossil fuels, and an EU ERDF project ‘Ecotec 21’ on CHP technologies with biofuels including glycerol. In 2011 she was seconded as Research Fellow to the Institute of Advanced Study, Durham University to conduct research into Biofuels, Science and Society, then headed fully into the field of algal research in 2013 on winning an EPSRC project ‘Macrobiocrude’ as well as a €10 million EU FP7-funded CO2 microalgae biorefinery project, the D-Factory (KBBE.2013.3.2-02); this latter was selected as one of the top four “inspirational projects” by the European Blue Biobased Economy Forum in 2019. It also marked the advent of her research into algal carotenoids with a fruitful collaboration with Professor Ami Ben-Amotz, Emeritus Professor of Marine Phycology and Chief Scientific Advisor of NBT (Ltd).

Professor Harvey has frequently contributed as an expert on Algal Biorefineries for the European Commission’s Directorate General for Research and Innovation.  She led a workshop at the 2016 launch of ‘FOOD 2030’ on new algae value chains for food and consumer acceptability of aquaculture products at the EC’s request;  she contributed to the Evidence Review Report for the Scientific Advisory Mechanism of the EC to inform Policy on Food from the Oceans in 2017, and to the European Roadmap for the Blue Bioeconomy in 2018. She is currently Co-Director of the BBSRC NIBB ‘Algae-UK’ and the lead for microalgae on an EU Interreg 2Seas Valgorize: Valorisation of algae for a better taste. She heads the Algae-UK organizing committee for developing the Roadmap for Algae in UK diets. She is an active Panel member for UK and European funding authorities.

Algae as sources of healthy and sustainable food/food ingredients hold enormous potential (>100,000 species) to help transform and future-proof our food systems but remain newcomers in European diets. They are also a rich source of green chemicals and nutraceuticals for ‘personalised nutrition’. Interdisciplinary algal biorefineries for cultivating and processing algae for nutraceuticals, food, feed and biofuel with zero or negative carbon emissions serve as our settings for underpinning biochemical research aimed at understanding the extraordinary diversity of algae and their metabolic reactions.

We found high yields of these carotenoids using halotolerant hyperaccumulator strains of the microalga Dunaliella salina and showed that we could reduce costs of their downstream processing by several orders of magnitude. We have now described the mechanisms in publications which involves chlorophyll absorption of red light photons coupled to oxygen reduction and phytoene desaturation with a plastoquinol:oxygen oxidoreductase coupled to red light regulation of a β-carotene isomerase and in the case of phytoene, cell division inhibitors. As holders of 2 patents it may eventually become possible to produce sufficient quantities for clinical trials to support health claims.

Responsibilities within the University
Awards and External Recognition
External Profiles