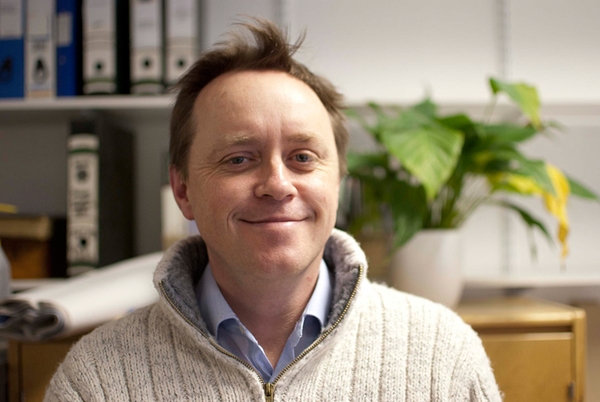 Richard studied for an MSc in Crop Protection at the Institute of Arable Crops- Long Ashton/ University of Bristol, before starting a short-term assignment at INIA in Spain researching the control of post-harvest diseases in protected crops. Richard moved to the Scottish Agricultural Science Agency in 1993, before relocating to East-Malling Research (HRI-East Malling) in 1994 joining the post-harvest team as a storage physiologist and pathologist working with the UK fruit industry to reduce losses of stored apples and pears.

He studied the control of ethylene biosynthesis and identified genes orchestrating ripening in apple for his PhD based at HRI-East Malling and characterised a number of novel inhibitors of ethylene biosynthesis. An extension to this work resulted in developing a number of genetic markers for use in marker assisted selection of new apple varieties with improved texture and eating quality. Richard joined NRI in 2010 working with colleagues to set up the Produce Quality Centre a collaboration between NRI and NIAB-EMR. More recently he has concentrated on more applied approaches to reducing losses and wastage in the supply chain funded by AHDB/WRAP. Reducing disease incidence in stored cabbage was one notable success through the use of the biological control agent SerenadeTM to reduce the spread of Botrytis cinerea. Richard’s interest in ethylene biology led to a Defra-funded SA-Link project to increase the use of ethylene as a sprout suppressant in potatoes with collaborators from James Hutton and Sutton Bridge Crop Storage with a follow-on involvement in a BBSRC-HAPI project understanding mechanisms controlling dormancy in potato and onion. NRI’s involvement in phenotyping dormancy and sprouting helped collaborators at JH to identify QTL’s associated with dormancy break in diploid and tetraploid potato lines. More recently Richard has been working alongside colleagues to develop real-time gas sensing technology for fresh produce subject to prolonged storage: SafePod technology (SCS Ltd) allows for real-time analysis of respiration behaviour of fruit allowing produced to be stored under low-oxygen storage regimes and in another Innovate UK project he has been working with Collaborators (University of Manchester) on isolating volatile signatures of diseased apple for training novel sensing detection technology as a means of real-time monitoring of disease development in stored apples.