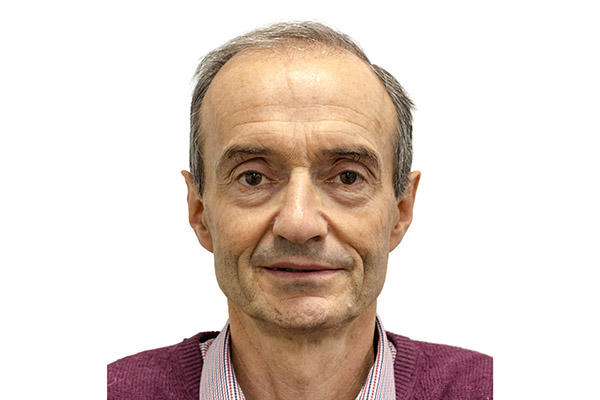 Director of Capacity Strengthening and Partnerships

Dr Tim Chancellor is a specialist in the capacity strengthening of individuals, organisations and institutions.  His early work was in sustainable pest and disease management in rice, banana, groundnut and tomato and he had long-term assignments in Southeast Asia and sub-Saharan Africa.  He was also involved in several research and consultancy activities in Latin America.  He led NRI’s Plant, Animal & Human Health Group from 2001 to 2006 and since 2007 he has been coordinating the Institute’s work on capacity strengthening and partnership development.  He helped to develop and manage the £11m continent-wide Strengthening Capacity for Agricultural Research and Development in Africa project funded by DFID.  He has maintained his research interests in sustainable agricultural systems and from 2014-2017 he acted as Liaison Scientist for the McKnight Foundation’s Collaborative Crop Research Program in southern Africa.  He has long-standing involvement in Agrinatura, the European Alliance on Knowledge for Agricultural Development, and is currently its Vice-President. He has been a member of NRI’s senior management team since 2001.

Tim has contributed to the development of new approaches to capacity strengthening of organizations and institutions, including methodologies for institutional analysis and change management. A key challenge is how to address the capacity needs of the different types of organizations involved in agricultural innovation platforms so that they can work together effectively and achieve their particular objectives. New insights have been gained through initiatives such as the Platform for Africa-Europe Partnership in Agricultural Research for Development (see page on Current and Previous Funded Research Projects).

Tim is interested in the development and application of ecological approaches to insect pest and disease management. His work has involved integrating knowledge on the population dynamics of insect vectors of crop diseases with an understanding of temporal and spatial patterns of disease spread in order to bring about improved disease control. He has also carried out research on the economic, social and cultural factors which influence crop management decisions and on pest and disease control practices utilized by resource-poor farmers.

He is interested in exploring ways to make agricultural information more relevant and more accessible to smallholder farmers, especially those located in remote areas. A particular interest is how to harness the potential of new information and communication technologies for the benefit of smallholders.

Tim currently leads NRI’s inputs to the DFID-funded ‘Bihar Agriculture Growth and Reform Initiative (BAGRI)’ in Bihar State, India.  BAGRI aims to improve the performance of the horticulture sector by enhancing farmer access to finance, knowledge, technologies and markets.  NRI is coordinating the project’s activities in strengthening the capacities of public research institutions.

Tim is NRI’s project leader for the EU-funded Coordinated Support Action on ‘Support to the Implementation of the Long-Term EU-AU Research and Innovation Partnership for Food and Nutrition Security and Sustainable Agriculture (LEAPFNSSA)’.  The project, which began in December 2018, supports the research partnership between the European Union and the Africa Union through a range of activities.  These include the facilitation of institutional alliances and clusters of projects and the development of a knowledge base.

Tim coordinated NRI’s inputs to the EC-funded Platform for Africa-Europe Partnership in Agricultural Research for Development (PAEPARD) (2011-2018). PAEPARD helped to bring about greater participation of African organizations in European-funded programmes.  The project also developed a mechanism which gave research users a central role in the research process. Tim led the project’s advocacy work and contributed to information and communication activities.

From 2014-2017 Tim acted as Liaison Scientist for the McKnight Foundation’s Collaborative Crop Research Program in southern Africa where he commissioned new research and had responsibility for a portfolio of eleven projects.  The program promotes agroecological intensification and Tim helped to establish agroecology hubs at Sokoine University of Agriculture in Tanzania and at LUANAR in Malawi.

Tim helped to design the EU-funded initiative on Capacity Development for Agricultural Innovation Systems (CDAIS).  Launched in 2015, CDAIS is a global partnership on capacity development for agricultural innovation systems. It aims to make agricultural innovation systems more efficient and sustainable in meeting the demands of farmers, agri-business and consumers in order to improve food security.  The project is working in eight countries: Angola, Bangladesh, Ethiopia, Burkina Faso, Guatemala, Honduras, Laos and Rwanda.

Tim helped to develop and coordinate an £11m DFID-funded programme on Strengthening Capacity for Agricultural Research and Development in Africa (SCARDA). The project worked with national agricultural research institutes and their partners in ten countries in association with sub-regional research organizations and regional educational networks. The first phase (2007-2009) was led by the Forum for Agricultural Research in Africa, with a follow-on phase (2010-2011) managed by NRI under Tim’s leadership. SCARDA developed innovative approaches for identifying and addressing the capacity needs of agricultural research and education organizations and for linking postgraduate training to organizational development. In its later phase it designed and tested new approaches for enhancing the capacities of different types of organizations working together in agricultural innovation platforms.