NRI PhD student Manuela Carnaghi’s winning streak continues apace, with her recent victory in the National Three Minute Thesis – 3MT – competition where doctoral researchers compete to deliver the best research presentation in just three minutes and using just one slide. Manuela’s 3MT presentation entitled, ‘Houston, the mosquito has landed’, was voted for by the audience as the best presentation and won the People’s Choice Award. Manuela takes up the story.

I was in a state of shock when they announced my name as having won the People’s Choice vote. The competition was held online and we had to present live to the judges and the audience. 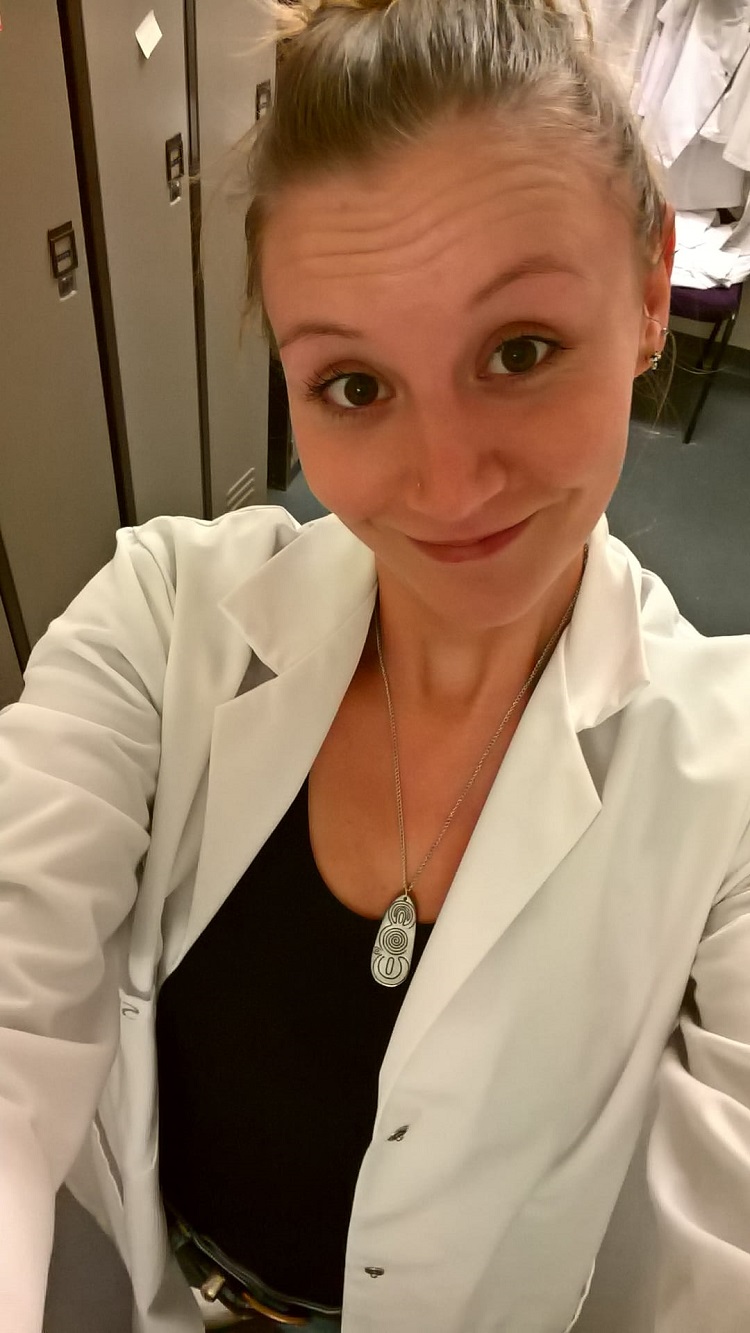 Anyone could vote, you didn’t have to be an academic, and your friends and family were eligible to register – so naturally I spread the word far and wide!

Actually, presenting was a bit like an out-of-body experience. I really wanted to win, but at the same time I thought there was no chance. Before I went on, I’d almost talked myself out of the possibility so I wouldn’t be too disappointed. And then it happened!

There were six finalists in all – the judges deliberated and there was a short interval before the Judges’ Winner was announced and then it was time for the People’s Choice. I was very happy to have won this award as that meant that loads of people got involved and voted for me!

The title of my 3MT presentation – ‘Houston, the mosquito has landed’ – was the same as I used in the qualifying rounds of the competition, but for the final I made a lot of changes to the ‘bones’ of my presentation. I slimmed down the information on my visual slide as it was a bit too ‘busy’, and I went with a big photo of a mosquito biting a human. You could see the proboscis piercing the skin – it was very close up and graphic.

I made sure my presentation was simple and impactful and with a ‘breaking news’ theme to catch people’s attention. I tried to tell a story so that I engaged the audience from beginning to end and I also tried to make them part of the narrative – for example, I began by saying “imagine you’re on holiday, you’re on the beach and zas – a mosquito bites you!” That’s a scenario a lot of us will have experienced so all of a sudden you’re in the story with me.

Luckily, I’m an extrovert by nature, but presenting to a large audience was still hard and stressful in part. Before the final, I had the opportunity to undertake some training where I worked on my script and tried to make the story as appealing as possible. I had to learn how to talk in the first person which I’m not used to doing, and I had to make my work relatable and simplify it as much as possible – which is another thing scientists find really hard. When we work on making important discoveries we want to include all the science behind it, we don’t like to leave anything out.

I also had a lot of help from my NRI colleagues who were always on hand to read and comment on my presentation and question things that were not immediately obvious. English is not my first language, so I think I naturally use shorter words and sentences because it’s easier for me – so maybe that helped too.

I was nervous beforehand, so I used some breathing exercises to calm my nerves. I also took advice from a TED (Technology, Entertainment and Design) talk about doing a ‘power pose’ before the event where you stand with your feet planted about shoulder’s width apart, which apparently gives you internal strength – it sounds odd but it worked!

The three minutes went so quickly and I felt great afterwards. Now that it’s over I can concentrate on the future and I would like to travel to attend international conferences – something that’s not been possible lately due to all the Covid restrictions. I’d also like to spend more time engaging with the public which I’m sure will help my longer-term scientific research – that would be ideal. This is potentially a life-changing win for me and I’m determined to make it count.