A Sunny Forecast for Cassava Production in West Africa

In west Africa where cassava is a staple food, much of the crop is processed into gari (roasted granules) at small-scale levels, mostly by women in their homes or in women’s processing groups. When water is added to gari it’s like an instant food, it can be mixed into a dough from which many food items can be made. Before it becomes an ‘instant’ food, however, cassava must be processed, a laborious task done by hand by many people in the region. As a result, a significant amount of cassava is lost due to the current lack of rapid processing facilities available to smallholders in rural areas.

This year, an exciting, new, and environmentally friendly agri-processing machine will be designed and built in Ghana. NRI scientists are working on plans for the prototype which will be constructed in Ghana and put to use immediately, for grating and milling cassava. The machine will be powered by custom-made photo-voltaic (solar) panels, eliminating the need for conventional fuel like petrol or diesel, and by-passing Ghana’s sometimes unreliable electricity supply. The machine itself is versatile as it does two jobs: grating wet cassava and milling the dried product. 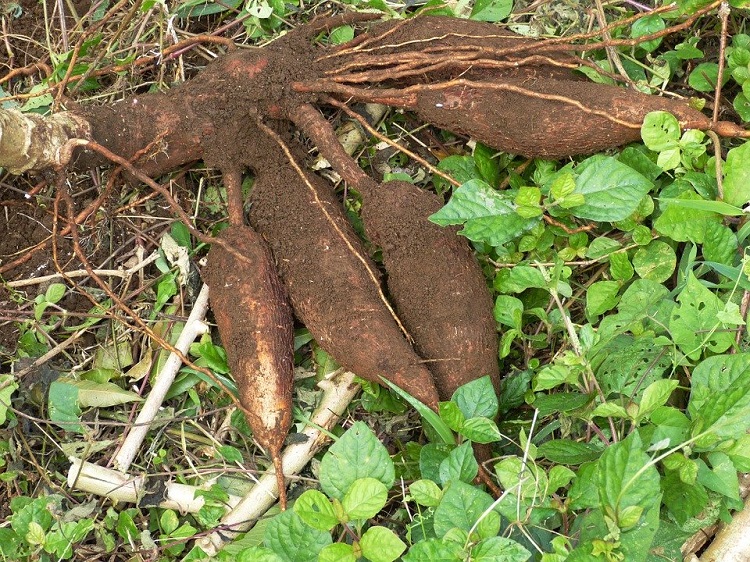 Currently this requires two separate machines, so having one that does everything will be transformative in terms of costs and benefits to many people in rural Ghana. The NRI project team anticipates that the new machine will have a positive impact on the wellbeing of women by speeding up the fine grating of cassava roots and making it less labour intensive.

Dr Aditya Parmar, Crop Postharvest Scientist at NRI, explains: “You have to reduce the size of cassava to be able to process it into anything useful as it comes out of the ground as a big root vegetable. In order to dry it, you first have to peel, then grate or chip it, normally with a machete-type knife. The grated or chipped cassava is then either dehydrated in rapid action ‘flash dryers’ to produce cassava flour or roasted into gari to make a variety of dishes and baked goods.”

Dr Parmar, who is leading the team, explains why it’s so important that this new machine runs purely on solar energy: “the future is about renewables and reducing greenhouse gas emissions. What makes this machine special, is that in normal photo-voltaic systems you have batteries, charge controllers and other additional electronics. To reduce costs, we connected the photo-voltaic panels directly to the DC motors. This is called a direct coupling system.”

He explains that, previously, solar panels were the most expensive element of photo-voltaic systems but thanks to advancements in technology, they’ve now become much cheaper, reducing the overall cost by some 90%. As the machine has no capacity to store energy, it will only power up when the sun is shining, though this is not a problem, 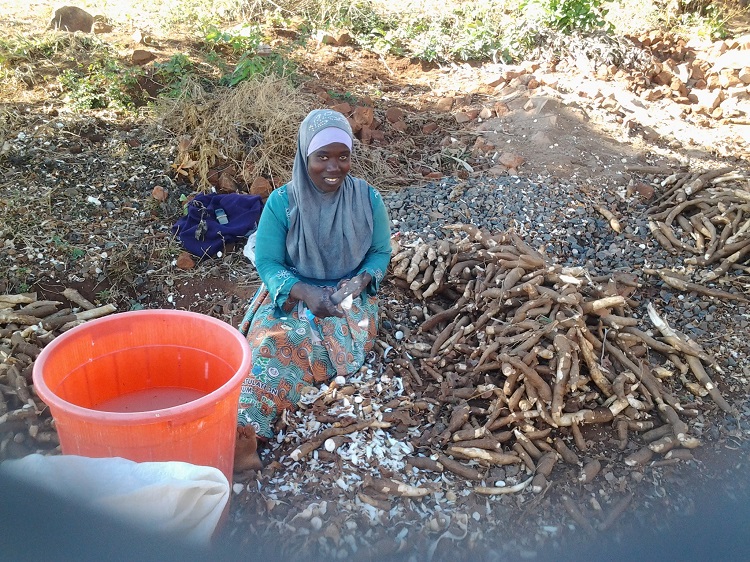 says Dr Parmar, as west Africa experiences a daily average of six to seven hours of sunshine, and most of the processing traditionally takes place during daylight hours. He stresses that the absence of any maintenance or fuel costs will quickly offset the initial cost of buying this machine.

The first step in this project is for NRI to make the prototype of the machine in partnership with a Ghanaian manufacturer. A key objective is to build local capacity, hence the decision to choose a local manufacturer and work closely with two Ghanaian partners, the Food Research Institute and First Product Enterprise Ltd. The second step will be to scale-up production and Dr Parmar says this is where the local manufacturer will play a vital role in disseminating knowledge and creating new jobs in Ghana. At the moment, the machine will only be rolled out in Ghana, but if it’s a success, then NRI will look at producing it more widely across cassava-growing regions in Africa. 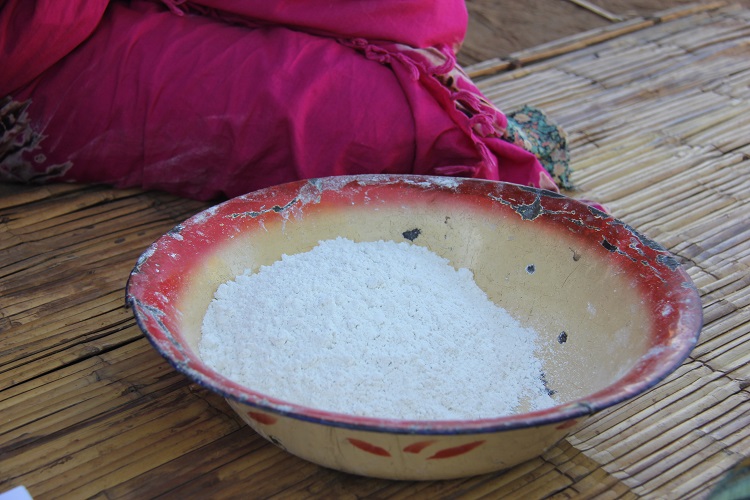 Dr Parmar says that for NRI it’s a relatively short project, with just 18 months for him and his team to design and build the machine. He says: “we’ll tailor-make the photo-voltaic panels once we’ve worked out how much power the machine needs to run. Initially we’ll oversize them a little bit so that it can work in cloudy weather. A bigger panel will produce more energy, so we’ll do that in the prototype phase because we need to test it thoroughly and we have the budget to do so.”

This new machine will increase the supply of gari and cassava flour by reducing food losses and waste, contributing to better food security and income generation, particularly in rural areas of the country, and it is hoped that it will create new jobs and prosperity for Ghanaians, with young people in particular benefitting once production takes off.