NRI PhD student, Christina Conroy, is currently enjoying a winning streak. This year she has been awarded three separate prizes for her work from the Royal Entomological Society, the Society of Chemical Industry and the Worshipful Company of Fruiterers. Christina takes up the story …

"2020 has been a very strange year for many reasons, but as for prizes – they seem to be like buses – nothing happens for ages then three come along at once! 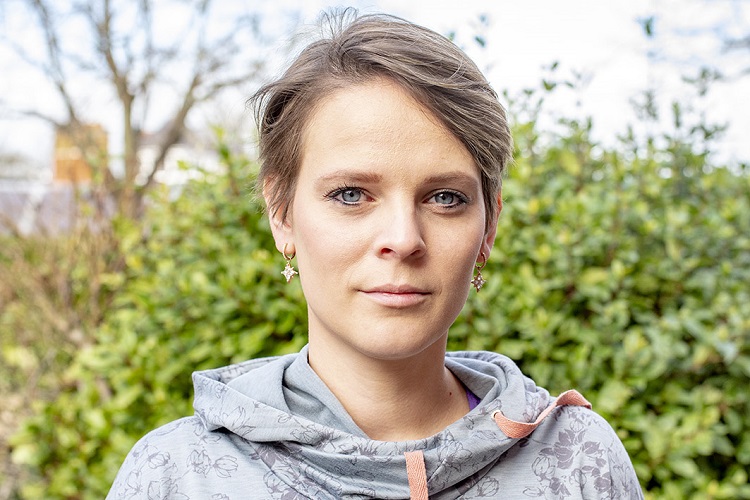 Every year, the Royal Entomological Society runs an international student competition. The idea is to write a piece no longer than 800 words that would be of interest to the general public. I wrote a fictional story based on medical entomology. I created the character of an entomologist who goes for a walk in Masai Mara, Kenya, falls down a ravine and is taken in by a tribe that uses more traditional methods involving insects to heal wounds and illness.

People may have heard tales about how maggots used to be put onto gangrenous flesh as they only eat dead cells, not soft tissue. Army ants have particularly big pincers which can be used like a stitch, they clamp their little jaws around the wound, you pull their body off and their heads and mouths remain, just like a traditional suture. In fact, this method was used for thousands of years to patch people up in the wild when suturing wasn’t an option. 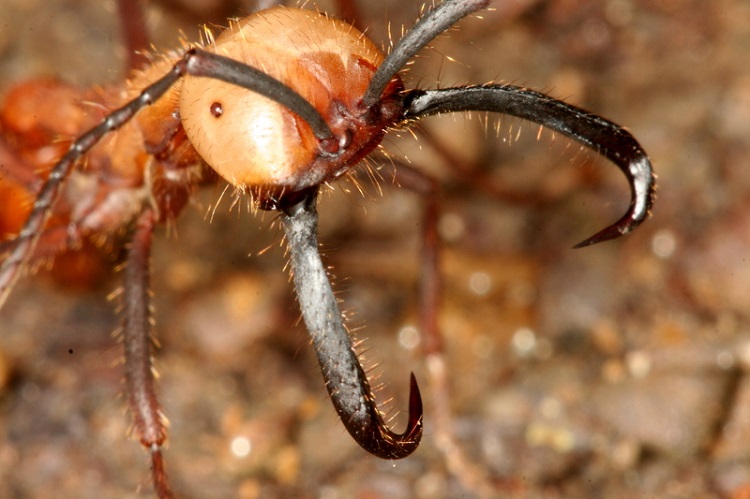 My story describes all these methods and more, and leaves my poor fictional entomologist wishing they’d simply gone to the Natural History Museum instead of on their ill-fated walk! It let me write in a different style to my PhD, for a different audience and it also got published in Antenna, an entomological magazine.

Lots of people have got in touch to ask me more about the story – one person was concerned that this had actually happened to me so I had to rush to put their mind at rest by assuring them that it was purely fiction! My inspiration came from many sources but mainly from my husband who is a surgeon. The big mash up of our careers is medical entomology and when we first got together, one of the things I did to try and impress him was to gen up on it and my fascination grew from there.

I love the fact that the impact of insects isn’t necessarily just within agriculture, which is primarily what my PhD is on, but actually has a much wider effect. Even now some 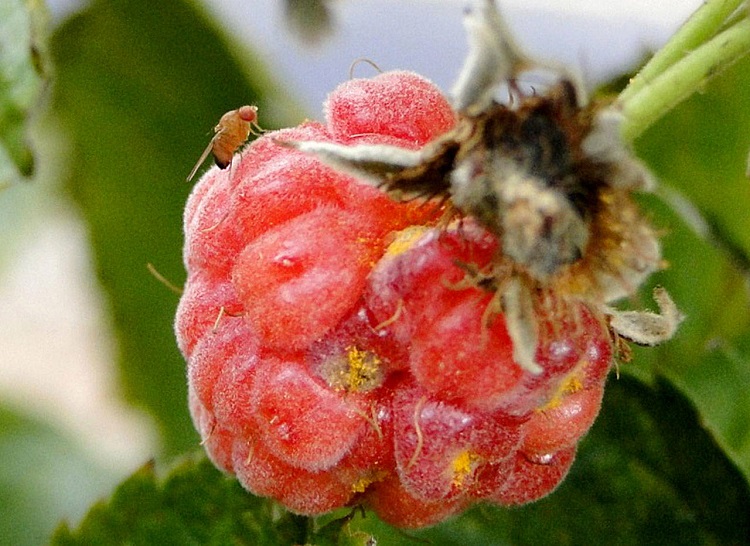 hospitals are bringing back leeches because they work a lot better than the anti-coagulant drugs available.

I was really surprised and pleased to win first prize. I’d approached writing this story like an academic task, while trying a different style. The word has gone round at NRI and several of my peers are planning to enter the next competition, so who knows, we may get another NRI winner!

The second prize I won was more of a straightforward academic endeavour, from SCI – The Society of Chemical Industry – which every year hosts the David Miller award. I had to write about which international conference I’d most like to attend and what I would hope to achieve there – in my case it was the annual meeting of the International Society of Chemical Ecology which was due to take place in South Africa. 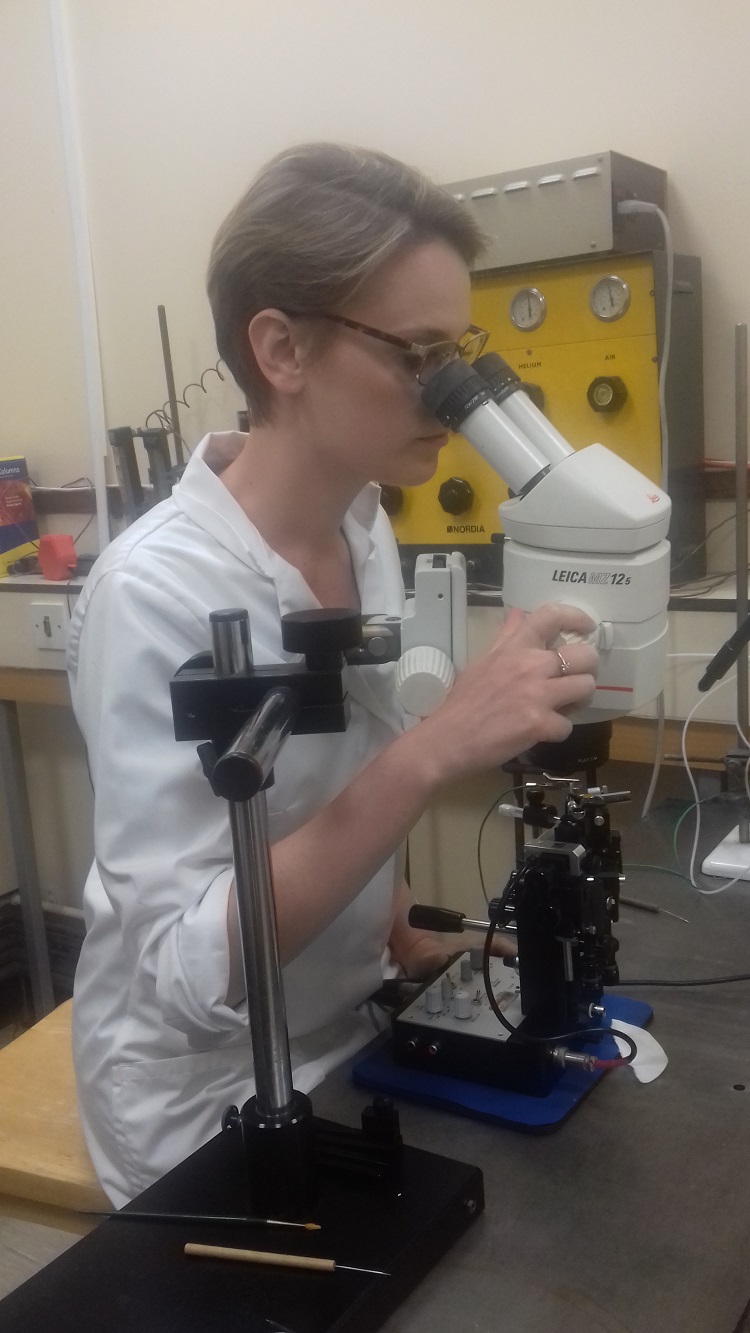 I wrote about how I wanted to improve my interpersonal and communication skills. Just entering this competition was good practice in adapting my writing style for a different audience. There was a specific topic in the conference about the ‘push-pull’ effect – where we use repellent to push the insect from the crop, and attractants to pull the insect into a trap where it will die – this is what my PhD focuses on. By attending the conference, I would have met other people in the field to see how they approached the work and how my own work could be disseminated afterwards.

Obviously Covid disrupted this as it did everything else this year, but the conference in South Africa has been rearranged for September 2021 and I still hope to attend it. The timing’s not great as I’ll be in the last month of my PhD then, but I’m determined to go! The prize was a £500 travel grant, membership of the SCI and a year’s membership of the Eden Project in Cornwall. I also get to be submitted into the Society of Chemical Industry College of Scholars – something only open to previous prize-winners –so an all-round good prize bundle.

And then, I was absolutely stunned to win a third prize from the Worshipful Company of Fruiterers who required entrants to submit a synopsis of their PhD project and explain how it would be effective for agricultural growers. My research on the ‘push-pull’ strategy has been specifically on using it to control the spotted wing drosophila – a fruit fly commonly known as SWD. It’s the major European horticultural pest as it lays its eggs in ripening fruit as opposed to rotting fruit like other UK drosophila species.

There are two variants of the same SWD species, a summer and a winter morph. The summer morph transitions into the winter morph in response to reduced light and temperature. There’s been very little work conducted on this winter variety, but we know that it’s the winter morph that comes into the crop at the beginning of the growing season. They live in very different niches; the winter morph lives in woodland and the summer morph in the crop. My research looks at short and long-term implications, and the behavioural differences between these two morphs – despite the fact that they are the same species. I’ve been focusing on whether these two morphs respond differently to the same chemicals, and the second part of my work is very much based upon repellents – the ‘push-pull’ strategy.

An important outcome of my research is that I’ve found the first two chemicals which are repellent to drosophilas in the presence of a crop. My work hit the parameters of what the Worshipful Company of Fruiterers were all about – exciting research which has real-world impact on the agricultural industry either in the short or long-term, or in my case both.

I’ve really enjoyed the process of entering – and winning of course – all three awards as they were all so different and it wasn’t just a ‘copy-and-paste’ job. It forced me to examine three different ways of writing which is going to be useful for my life post-PhD.

I’m delighted to have four incredible supervisors; from NRI there’s Dr Daniel Bray and Professor David Hall, from NIAB EMR there’s Dr Charles Whitfield and Dr Michelle Fountain, and I also have an industrial representative, Harriet Duncalfe, all of whom have helped me so much and have given me so much time.

This year, 2020, will be remembered as a year that brought a lot of hardships and pain to many people and the pandemic has touched us all in one way or another. There have been a lot of setbacks but I still believe in maintaining a positive mindset and hoping that things will get better and good things will still happen."

Studying for a PhD at NRI