The solution’s in the bag: NRI success in Rockefeller Foundation Cassava Innovation Challenge 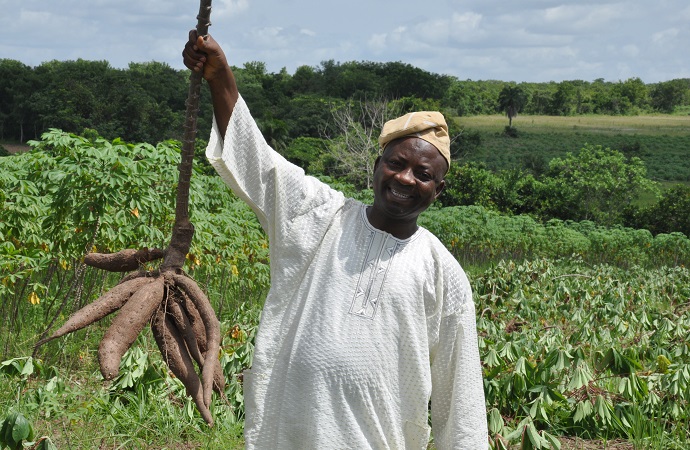 Fresh cassava rots all too quickly, with roots beginning to deteriorate within 24–72 hours after harvest. This is a huge problem in sub-Saharan Africa, where 500 million people rely on the crop for food security and nutrition, and where up to 40% of cassava is lost to spoilage. This ‘short shelf life’ was the focus of the Cassava Innovation Challenge launched in 2016 by the Rockefeller Foundation, Dalberg, and the International Institute of Tropical Agriculture (IITA). NRI and partners from the Federal University of Agriculture, Abeokuta (FUNAAB), Nigeria, took on the challenge and came up with the most promising solution: the ‘NRIcassavabag’, a bag with a built-in curing technology that will keep cassava fresh for at least eight days after harvest.

The announcement of the award was made on the evening of 29th March at the first All Africa Post-Harvest Congress in Nairobi, Kenya, where the NRI-led team was awarded a grant of up to $500,000, along with technical assistance to test and market their solution in Nigeria, the world’s largest producer of cassava. Nearly 30 million smallholder farmers grow more than 50 million tonnes a year in the country, equating to 20% of global production. “Providing a solution to reducing postharvest loss in this crop would potentially provide annually more than $200 million to the cassava value chain,” says Nteranya Sanginga, IITA’s Director General. 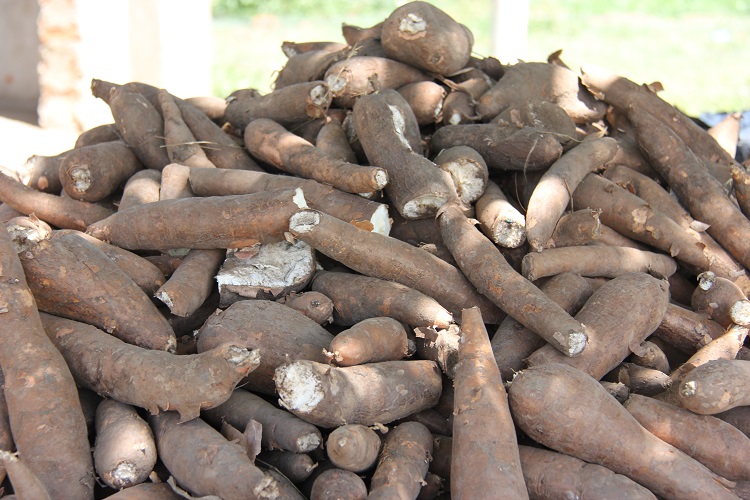 The challenge pinpoints the section of the cassava value chain between the field and the factory, as this is where most damage to the roots occurs. “This damage is known as ‘postharvest physiological deterioration,’” explains Professor Ben Bennett, NRI’s Deputy Director. “Whilst it’s true that deterioration can be mitigated using processing, waxing or chilling/freezing techniques, scaling up these techniques would be too costly. This meant that the solution to the problem lay with the storage of the cassava roots.”

The breakthrough concept builds on NRI’s long history of expertise in cassava, and specifically on previous research into how fresh cassava roots, under appropriate levels of temperature and humidity, are capable of healing the wounds they sustained during harvest. This was successfully demonstrated at small-scale using bags by NRI researchers and other international partners in the 1980s and 90s, funded by DFID. 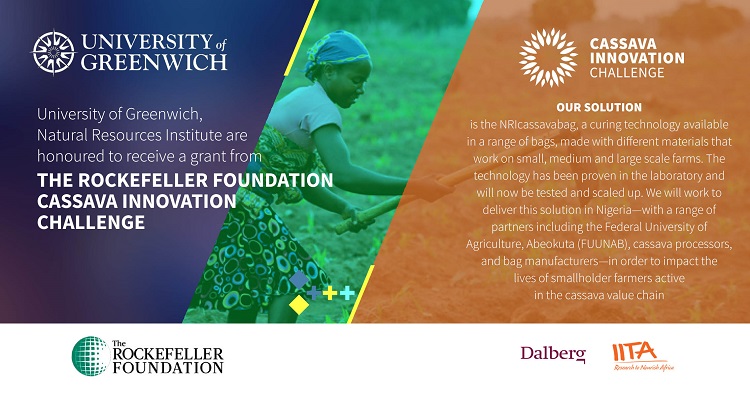 The Rockefeller Foundation Cassava Innovation Challenge was based on input from those involved in the cassava value chain as to what could most help reduce postharvest loss. The initiative’s challenging goal was to find a novel, transformative, scalable, and easy-to-use solution. In total, the call received over 600 applications from 32 countries; a panel of 21 judges from around the world, including Nigerian cassava experts, shortlisted fifty applications, from which one award was made.

“Among the many very good ideas submitted, a straightforward solution – bags – rose to the top of the judge’s recommendations as the one that most warranted further support,” said the organisers. “The judges weighed likely efficacy along with ease of low cost of production in Nigeria and, most importantly, appeal to farmers. The Greenwich University NRI and FUNAAB bag would be available in a range of sizes, for different value chain actors and are intended to prevent postharvest physiological deterioration until the fresh cassava can be processed or transported for sale at the fresh market.” 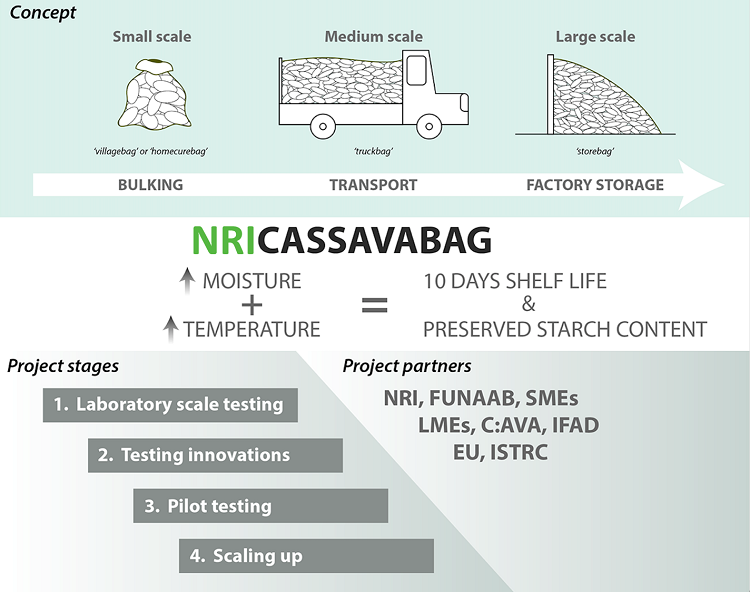 “This could be a transformational step for African cassava production,” says Professor Bennett, who collected the award together with NRI’s Professor Keith Tomlins. NRI Director, Professor Andrew Westby, congratulated the team, saying, “This significant achievement once more demonstrates how NRI uses expert knowledge and research to find solutions to global challenges. In particular it highlights the strength of teamwork across NRI disciplines and across continents with the expertise of our partners at FUNAAB.”

The University of Greenwich’s Natural Resources Institute has won many honours for its world-leading expertise on cassava, including the Queen’s Anniversary Prize for Higher & Further Education, the Guardian University Award for Research Impact and the Times Higher Education Award for Outstanding International Collaboration.