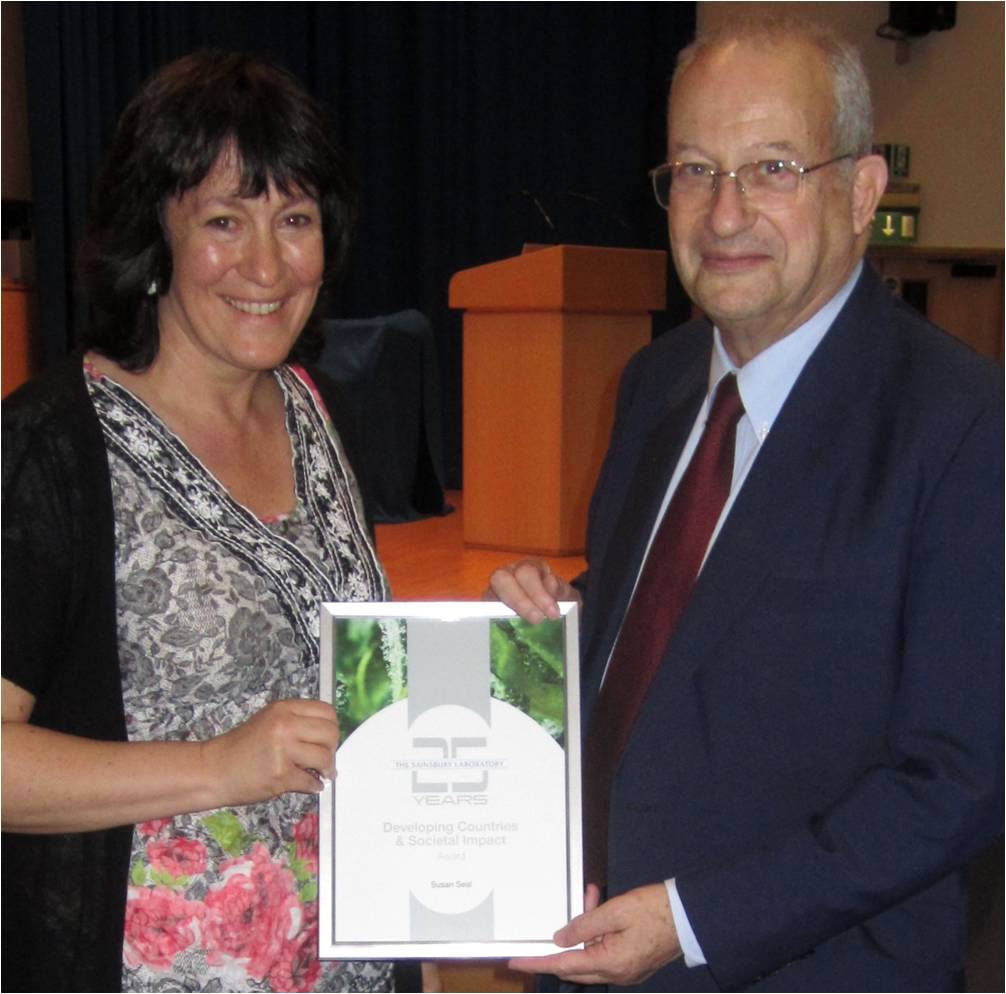 Dr Susan Seal, molecular plant pathologist at NRI, was presented an award for the impact of her work on society and developing countries at the 25th Anniversary Symposium of The Sainsbury Laboratory, Norwich, UK on 24 June 2013.

The award was presented to her during the celebration by guest of honour Lord David Sainsbury. Sue was one of four postdoc alumni to receive this type of award from hundreds who have passed through this world-leading plant science laboratory in the past 25 years.

Sue worked from 1989-1992 at The Sainsbury Laboratory, a charitable company of approximately 70 research scientists and support staff. During her postdoctoral years there, she developed diagnostic test kits for the bacterial wilt pathogen, Ralstonia solanacearum. This bacterium is one of the most destructive plant pathogenic bacterium worldwide, causing devastating yield losses on a very large range of crops including potato, tomato and banana. The diagnostic test developed by Sue is still in widespread use today.

Sue joined NRI in 1992 and spent initial years setting up molecular diagnostic laboratories, and delivering training, to undertake sensitive DNA based tests for a range of plant pathogens in Africa and Asia.

She currently leads the Molecular Virology and Entomology Research Group at NRI, which focuses on applied as well as strategic research for controlling pests and diseases of tropical food crops, especially those caused by viruses and insect vectors on cassava, sweet potato, yams and vegetables. These root and tuber crops play key roles in food security, poverty reduction, and income generation in sub-Saharan Africa.