Could the mosquito’s “buzz” be its downfall? 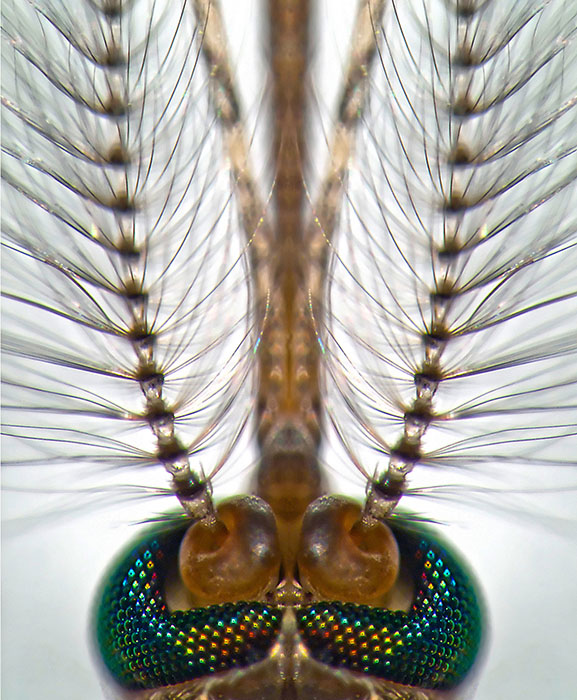 Scientists at the Natural Resources Institute (NRI) and the University of Brighton, have won a £194,000 grant from The Leverhulme Trust to study the mosquito's 'buzzing' sound in a bid to hinder the spread of malaria which kills one child every minute of every day in Africa.

Dr Gabriella Gibson from NRI, an expert in mosquito sensory behaviour, will be co-leading the research with Professor Ian Russell, an auditory neuroscientist of the University of Brighton, into the mechanisms by which male and female mosquitoes use their buzzing to communicate with each other to find their 'perfect mate'.

Dr Gibson said "We all recognise the flight sound of a hungry mosquito, but did you know that this noise doubles-up as the mating call to love-sick males? At dusk males congregate at swarming sites, waiting for females to fly by. It may be too dark to see each other, but their sense of hearing is the best in the insect world."

As soon as a male-female pair of flying mosquitoes can hear each other's flight tones and 'like' what they hear, they enter into a harmonising duet, each adjusting the frequency of their own wing-beats to match, or nearly match, a harmonic of their flight tone with a harmonic of the other. What starts as a discordant cacophony resolves quickly toward harmony.

Singing to each other provides mosquitoes with a means of sex recognition and possibly species recognition. But how they harmonise is not fully understood. The aim of the research is to understand the significance of the mosquito love duets and how they might be used to control the breeding behaviour of mosquitoes and the spread of malaria.

Only certain species of mosquito carry malaria and they spread the disease when females bite to draw blood, which is essential for them to produce their eggs. According to the World Health Organisation, there were 219 million documented cases of malaria in 2010 and upwards of 1.2 million people died from the disease that year.

Dr Gibson said "Just one species of mosquito kills more people than any other animal in the world. Our goal is to use our knowledge of mosquito behaviour to control their populations to a manageable level and free people from the burden of deadly diseases they transmit."

NRI has a multi-disciplinary team of sensory physiologists and behaviourists who work alongside research partners in the UK and Africa to develop an understanding of mosquitoes and other disease vectors.

Photo: A closer look at the head of a male malarial (Anopheles) mosquito. The plumose antennae are inserted at their base into the doughnut shaped pedicel; the location of the mosquito's hearing organ (Johnston's organ). There are almost as many sensory cells crammed into the tiny Johnston's organ as in the mammalian cochlea. Credit: Dr Gareth Jones, University of Brighton.