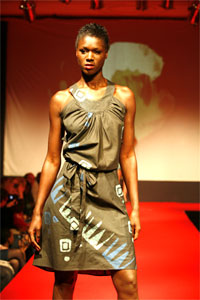 The University of Greenwich has won a prestigious Queen's Anniversary Prize for Higher & Further Education, for the work of the Tabeisa Project to encourage and support entrepreneurship in Africa. The Tabeisa Project is led by Professor John Humphreys of the University of Greenwich, working with partners in Coventry University and four higher education institutions in Africa. This is the third time that the University has won a Queen's Anniversary Prize, and the second time that it has won one for work that aims to improve livelihoods in the developing world.

Professor Andrew Westby, NRI's Director of Research and Enterprise, says: "NRI is delighted that the Tabeisa Project team has won this Prize. Tabeisa's aims are clearly related to NRI's enterprise development activities, and John Humphreys has been working very closely with NRI's research teams in recent years. The Tabeisa Project is another example of the commitment of the University of Greenwich to poverty reduction and economic development in Africa."

The Tabeisa Project consortium aims to tackle poverty among communities in sub-Saharan Africa by supporting small business entrepreneurs and social enterprise projects. Since 1994, Tabeisa has supported over 1000 commercial start-up enterprises, developed more than 200 social enterprises, created over 2000 new jobs, and has also distributed 150,000 AIDS awareness packs. One of its high-profile successes has been a tie-up with a leading fashion store to sell ethically-produced clothing made by women's collectives in Ghana, and the concept of the successful initial promotion 'Design4Life Ghana' is now being extended to 'Design4Life Africa'.

The Tabeisa initiative has attracted £11M funding from the European Union, the British government and other backers in Africa and Europe. Bill Rammell MP, the Minister of State for Higher Education, who has visited Tabeisa project activities in Africa, says "I wish to congratulate the University of Greenwich, and all the partners involved in the Tabeisa project, on winning this prestigious prize. I visited the Tabeisa project in Ghana and was impressed by how it helps build capacity and reduce poverty in the African economy through English and African University partnerships. This project is an excellent example of government, universities, communities and young people working together to improve their future. The Department for Innovation, Universities & Skills supported this very worthwhile project through its England-Africa Partnerships programme."

For more information on the Tabeisa project, contact the University's Press Officer Nick Davison (This email address is being protected from spambots. You need JavaScript enabled to view it.).