My Future in Five - Purity Hrisca

Mature student Purity Hrisca wanted to progress up the food industry career ladder so she studied at NRI for a Master’s in Food Safety and Quality Management. A self-confessed “foodie”, Purity admits she’s come a long way from her childhood dream of being a news anchor or an air hostess. Now with an MSc under her belt, Purity took five minutes out of her day to Skype with NRI Communications Officer, Linden Kemkaran, to talk about her ambition to empower people through teaching them how to cook from scratch.

My love affair with food began by chance when I moved to the UK to study. I started working as a secretary and enrolled for an International Relations degree. But then I found a job as a quality assessor in a food factory and I discovered 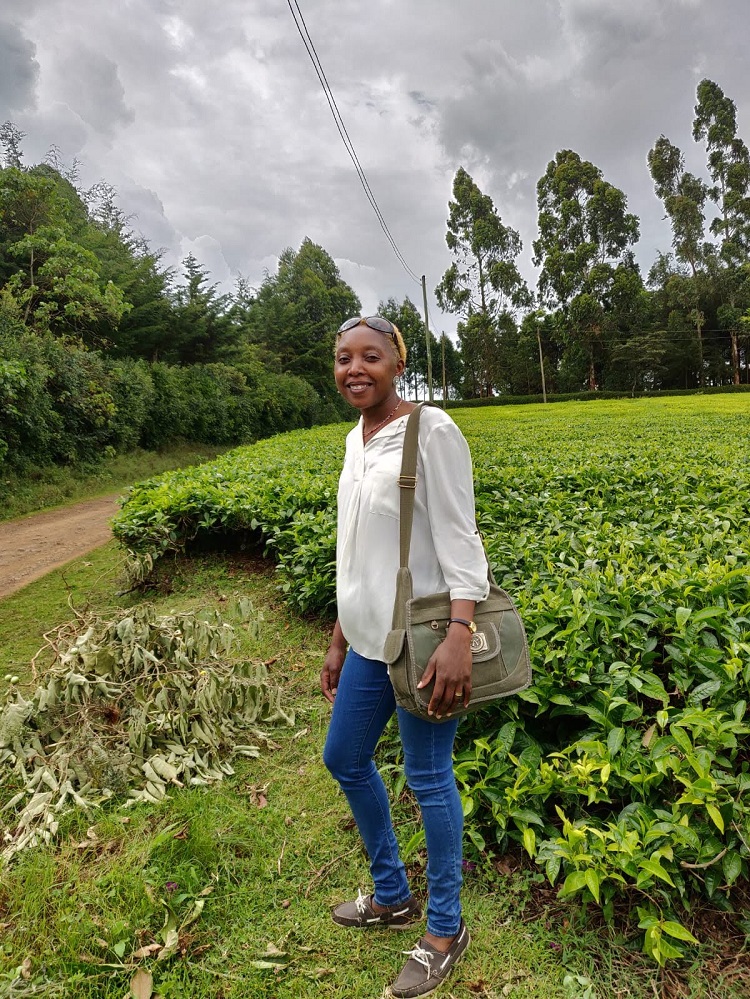 I kind of liked it, much more than I thought I would, so I dropped the International Relations degree and looked for a course related to the job I was doing instead.

I took a BSc in Food Science at London Southbank and being a mature student, I was naturally a bit rusty. That first year of my degree was hard as I was juggling work, study and family. Sometimes on my way to uni I’d feel like crying because I had no idea how to do the simplest things like a lab report. I was getting really low marks like 25% and I just couldn’t figure out what I was doing wrong. So, I had no choice but to knuckle down and study twice as hard.

My husband helped me a lot. On my uni days, he would drop me off early at the Elephant and Castle shopping centre in south London, and I would study from my chemistry book from 5am–8am until the library opened, and then I’d go to the library and study some more until lectures began, and by the end of that semester, I had cracked it. I drastically improved my performance and eventually graduated with a first class degree.

When I’m determined to do something, I do it. I didn’t have time to waste as I had an agreement with my employer to complete my studies within 6 years for my part-time course; I couldn’t afford to mess up and ask for another year.

I found out about NRI when I was searching online for Master’s courses and it was only after I started studying, that I realised the scope of the work that the NRI scientists do and that a lot of great research and development is done in my home country of Kenya. I was very impressed.

The modules were exactly what I wanted because I was working as well as studying, so the course structure fitted in with that. Some universities have a fluid timetable but NRI’s were set days so I could plan to study around work. The location of the campus in Chatham, Kent was really convenient for me.

All my lecturers were excellent, particularly Linda Nicolaides, and Dr Richard Fuchs, both NRI Principal Scientists and Programme Leaders, who are very knowledgeable, and I enjoyed the diversity of the course material and their expertise. We also had a lecturer with a wealth of experience come from the food industry which inspired me, and she also shared her connections and exposed us to the industry. The lecturers were all very supportive. If we were having a challenge we could always go and knock on the lecturer’s door and say, “I’m stuck, can you help, or how should I approach this problem?”

I completed my MSc studies in autumn 2015 and immediately my employer promoted me to Site Technical Manager. Since then it’s been an upward trajectory for me and I’m now working at Sainsbury’s as the Technical Manager for the hot food counters. My Master’s degree played a big role in my career progression and so did having a clear picture of my goals. While I was studying, I kept my eyes firmly on the prize.

In the future I’d like to become the head of food safety somewhere but ultimately, I want to empower people through food. I’m thinking of starting cooking classes for kids because as a society, we’ve become time-poor and sometimes lazy and we rely too much on convenience food; we’re losing skills like cooking. Teaching young people to cook properly will also help towards solving some of the sustainability issues we’re having. We need to go back to basics and empower the younger generations – we can’t expect them to cook from scratch if they don’t know how.

A person who does not know how to cook won’t go hungry because when they go to the supermarket, they buy the ready-chopped carrots, wrapped in plastic. I saw an astonishing picture the other day where a peeled orange was put in plastic packaging to be sold. I thought wow, is that where we’ve come to now? We’re too busy to peel an orange?

People think it’s expensive to eat healthily but that’s just not true; you can buy a pack of lentils very cheaply, cans of beans, potatoes. You can live a good life and it doesn’t have to cost much.

I’ve just opened an Instagram account because I love food and I love playing around with it, so I hope to post lots of pictures to inspire people. My time at NRI has prepared me to follow my dreams; I had so many great examples to follow. I have so much knowledge and it’s important to share it in this lifetime.